I love getting inside a horse’s head and figuring out what makes them tick. My philosophy and approach is strongly shaped by Monty Roberts, Buck Branaman, and some by Clinton Anderson (particularly Downunder Horsemanship).

Midas has been a long term project: He started out a brusque, brutish fox hunter who bowled over anyone smaller than him, ignored riders smaller than him, and hated standing still. He has bolted with almost every rider he has had–Grand Prix riders, established trainers, and intermediate riders alike.

This is Midas this now: 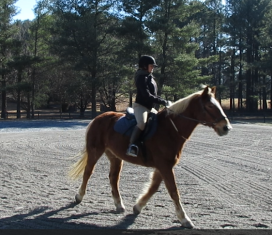 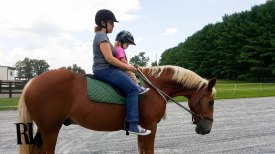 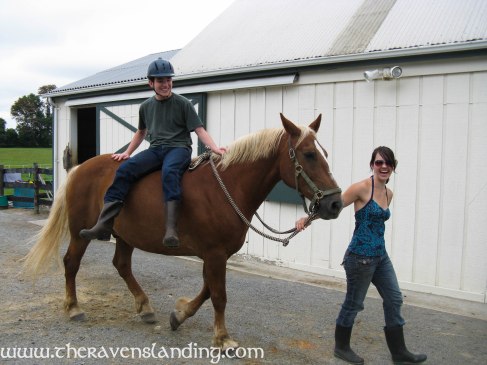 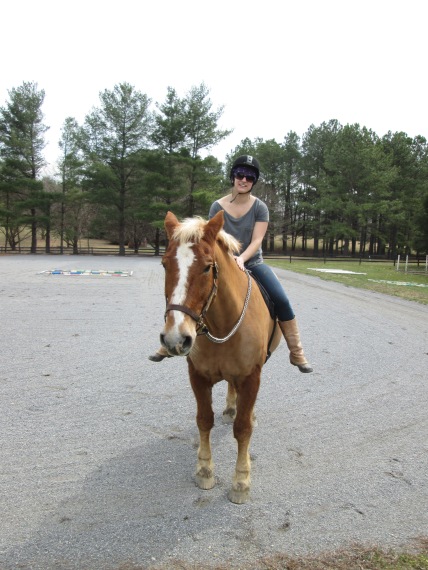 Another project from a few years ago was a gaited pasture potato who I brushed up for regular use. He had some behavioral issues that were entirely caused by tack and the expectation of pain. Once that was removed, he became a really wonderful horse. Insanely fun to play with: 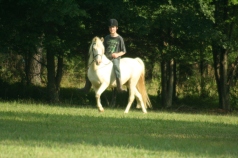 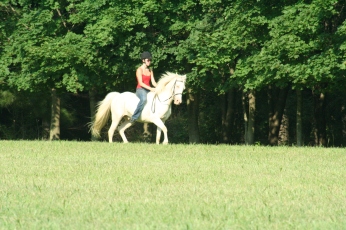 He lives in Nevada now, where he can be turned out without worry about grass. He only needed to look at grass to get fat.