Full disclosure: This project was actually completed in 2013. But it’s still pretty epic.

There is that one picture of an AT-AT made by a baker in CA that has dominated the gingerbread geekdom and it really made me want to try making a geeky work of gingerbread myself. I’m really not sure if it were me or Zorro who said we should make it, but I got in the supplies, called in Zorro’s siblings, and whipped up the dough. I also came up with one twist for our AT-AT which solved the problem of structural soundness.

He was a happy AT-AT, and he tried to go ice skating.

Zorro made a schematic, then he and the Minstrel spent forever measuring and cutting pieces. We decorated gingerbread cookies while it baked, and then the gluing and waiting and then  finally decorating took place. We started working on the schematics at 1 in the afternoon, I think they put the finishing touches on around 11 that night!

I’m so excited for how it turned out! 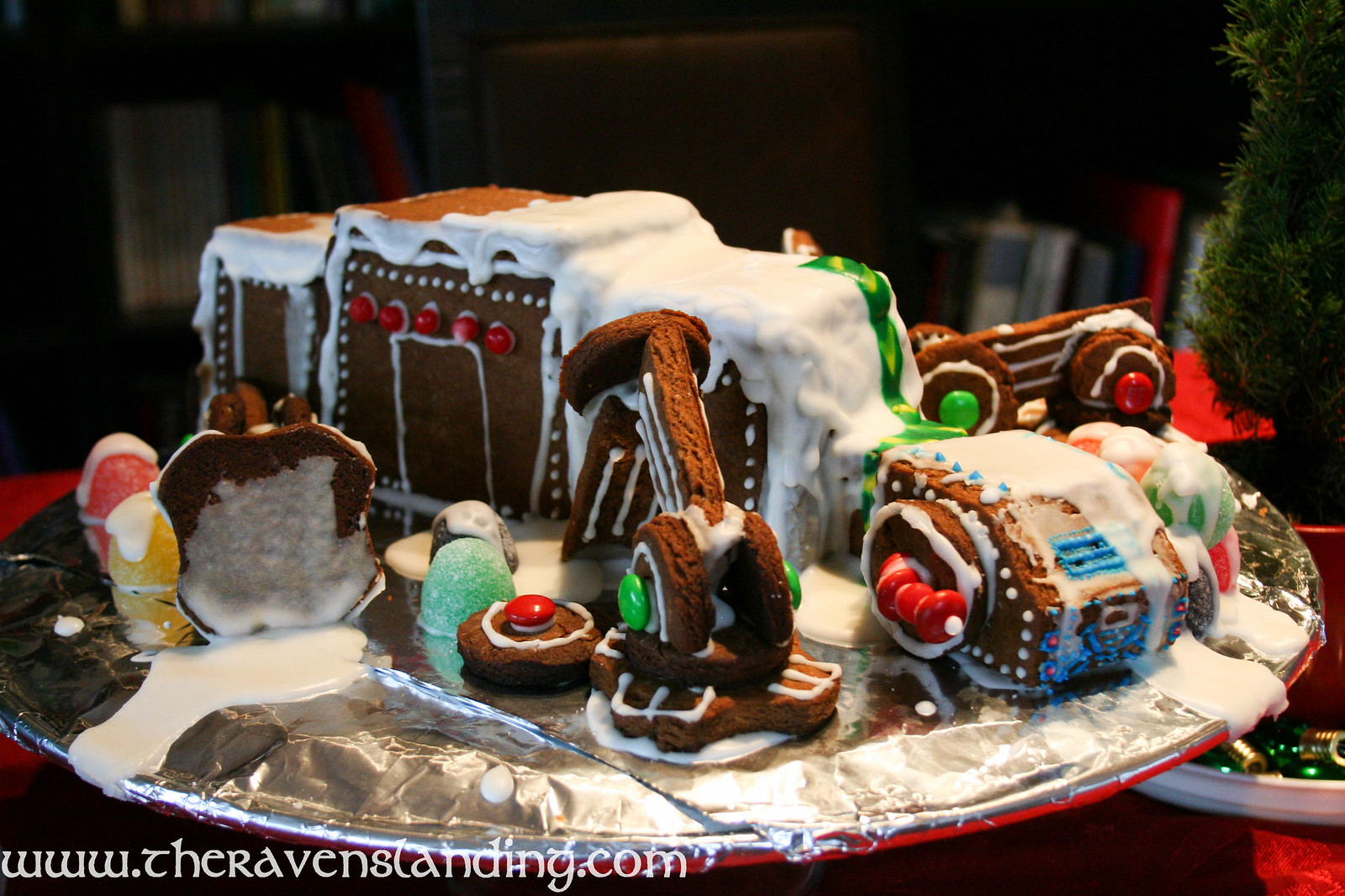 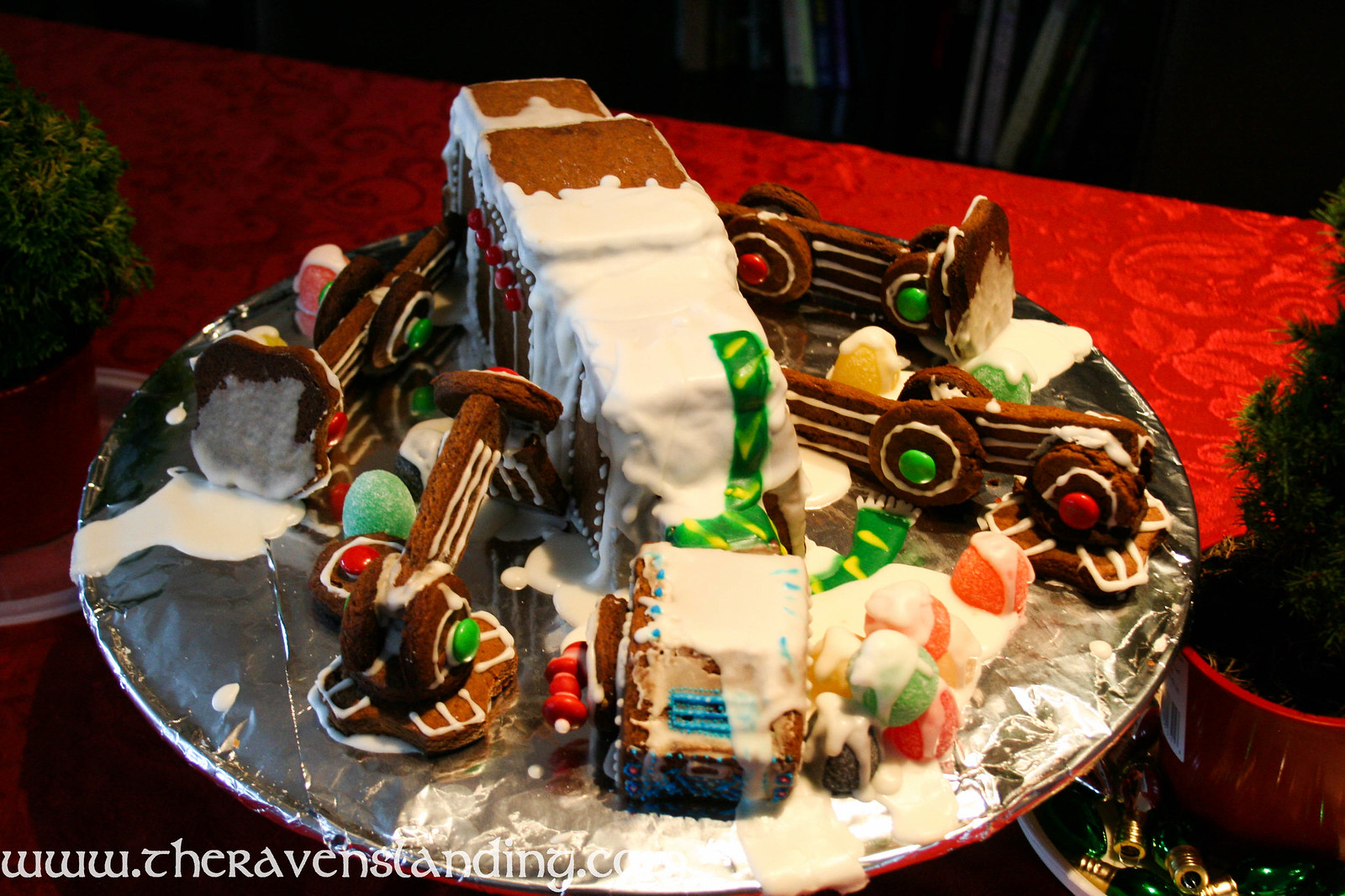 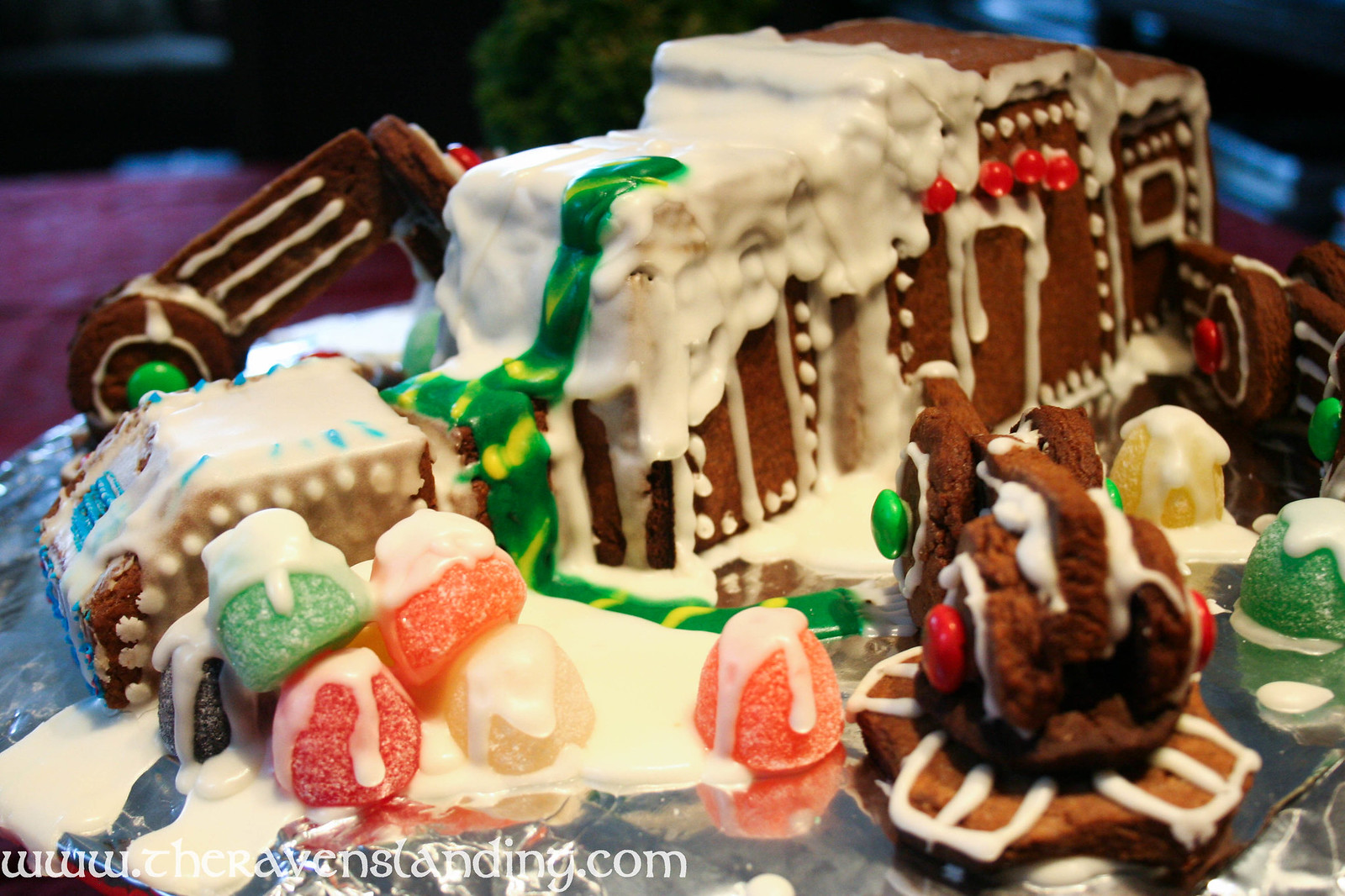 We had some leftover dough and made the shield generators, and tried to make an x-wing, but it came out more as an imperial shuttle. It tried to ice skate, too.